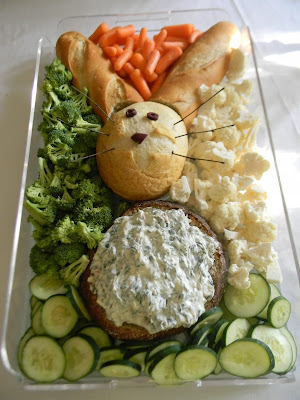 I took this to a party tonight as my contribution for the appetizer.  As a matter of fact, I've already made it twice this spring, and it has been a big hit both times.  It was easy as can be.  It's a large bread round, a small one, and a baguette made into a bunny and filled with spinach dip.  Then just surround it with veggies and in just a few minutes, you have a fun way to serve an appetizer.  I found the basic idea on Pinterest, but I've lost my notes about the source. 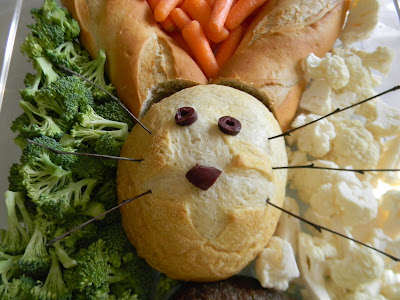 Who wouldn't love this face?  I used Kalamata olives to make a nose and eyes and added some very small birch sticks for whiskers. 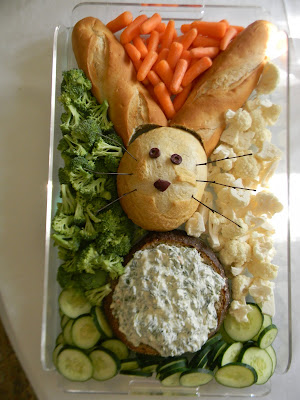 I haven't made spinach dip in ages, but I always used to use Knorr's dry vegetable soup mix for it.  I looked for it at two different grocery stores and I couldn't find Knorr's products at all, except for bouillon.  Have they stopped making it?  I substituted Lipton's and it was very good.  I also used light sour cream and mayo.  Times change, right?  This might even make children want to eat their vegetables.