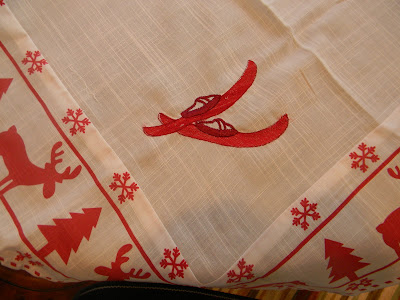 I must admit that I'm sort of over Christmas decorations and tablescapes.  I was pretty sure that I'd post something non-seasonal this week, but we got a "gift" of snow in Atlanta on Christmas day, so I decided to do this winter sports themed table.  I have this cheerful tablecloth that I found at The Christmas Shop.  As a matter of fact, many of the items are from there.  Ok, it's not Christmasy, but it's not non-seasonal either.  Did you get that???  The skis.... 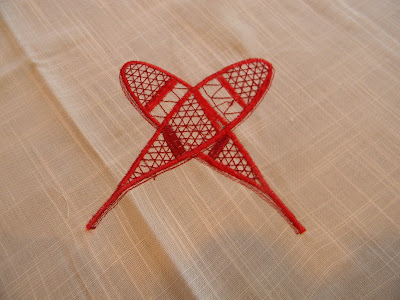 and the snowshoes are embroidered on it several places. 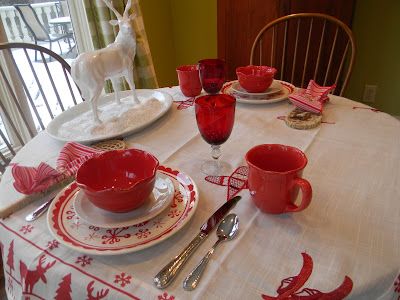 I decided to use it on the breakfast room table for a breakfast for two. 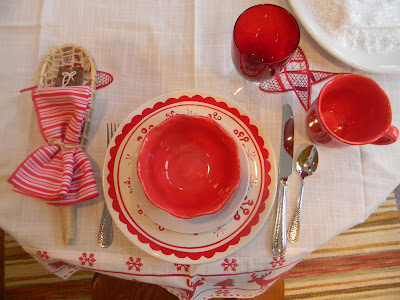 I limited the colors to just red and white. 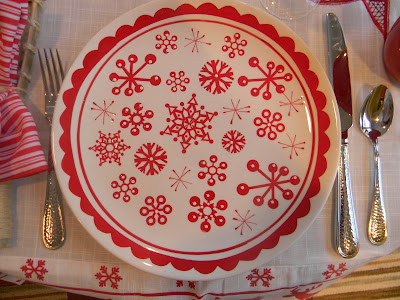 I started with a plate that Kroger is selling.  Pretty good match, don't you think?  I added our everyday flatware from Williams-Sonoma. 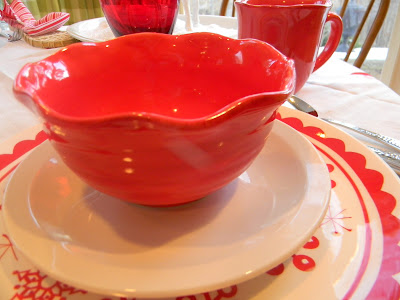 Then I used a white plate under a red scalloped cereal bowl from Ballard's. 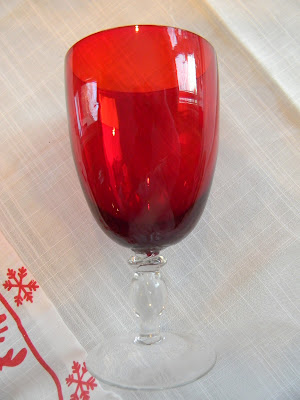 These red stems are so old that I can't remember where I got them.  Oldies but goodies! 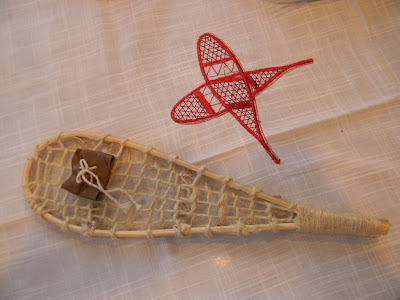 I got a little clever with the napkin.  I found these at The Christmas Shop and bought them for a centerpiece or something.  I wasn't sure, but could any of you pass them up?  Didn't think so. 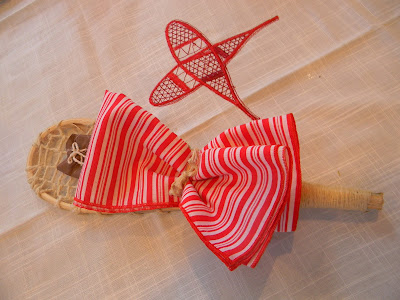 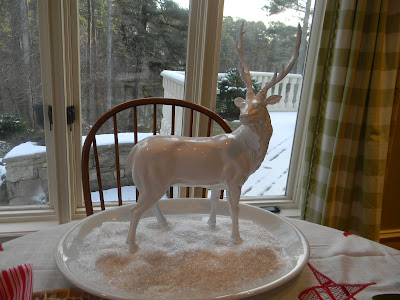 And here's the best part.  The stag standing in snow with SNOW outside!!!!! 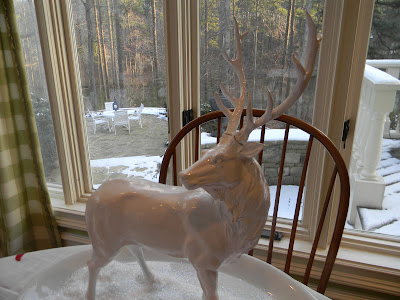 See?  Even the lower terrace has snow on it! 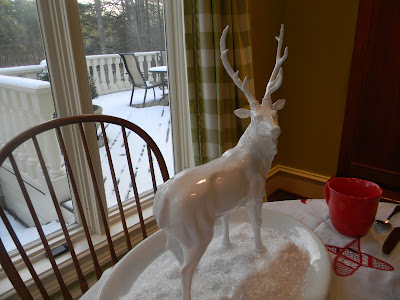 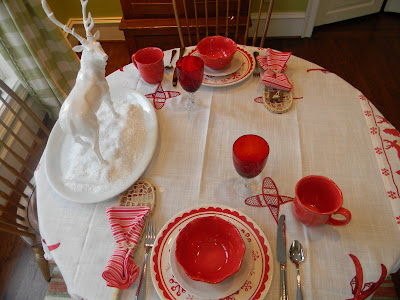 Here's an aerial view of how it came together. 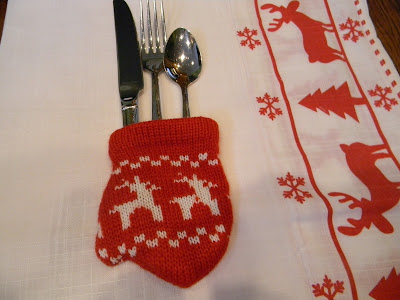 So, after I had almost everything put away, I realized that I forgot two items that I had planned to use!  Do you ever do that?  Well, since I probably won't be using this again for a long time, I'm slipping them in for you to see.  One is these cute little mittens that I thought I'd use as silverware holders. 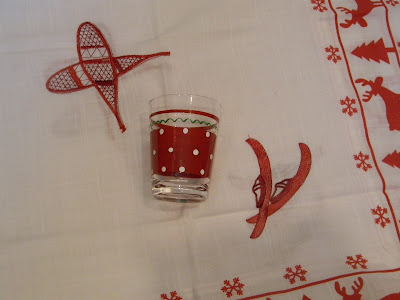 And these juice glasses would have been cute, too.  Oh well, at least  they'll be available another time.
I'm linking up with Susan at Between Naps on the Porch.  Go over there and see her great blog party.
betweennapsontheporch.blogspot.com
Posted by A Toile Tale at 9:03 PM